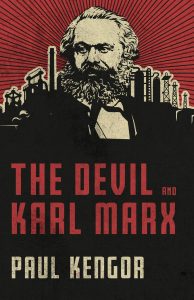 This book looks at the life of Marx and how it impacted his thinking and writing. Written from a Christian (Catholic in particular) perspective, it traces his rejection of religion and creation of an atheistic ideology that has served as a Satanic force, corrupting people and undermining the traditional institutions on which Western civilization was built. It sees Marx himself as an irresponsible son, husband and father, embittered by his life experience, blaming property owners and capitalists for the injustices he experienced, while all the while depending on his parents, friends and his patron Engels for financial support. Despite Marx’s claim to champion justice, the regimes built by Communists were all dictatorial, oppressive and cruel, multiplying injustices rather than eliminating them. And people of faith and their institutions were particularly targeted for persecution by Marxist regimes. Kengor follows the trail of Marxism from its original economic and political agenda to a much broader social context as people like Wilhelm Reich, in his 1936 book The Sexual Revolution, sought to apply the theory to human psychology and behavioral dysfunction.