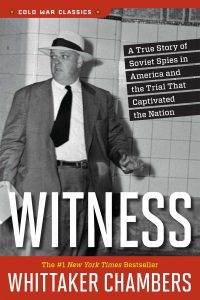 This is a gripping, in-depth autobiographical account of a young man drawn to Communism in the pre-WWII years, tracing his introduction to Marxism at Columbia University, joining the Communist Party USA, working as a writer and editor for The Daily Worker and The Masses, and his ultimate recruitment as a Soviet agent running a spy ring in Washington. When Chambers came to understand Stalin’s purges and rule of terror, he became disillusioned with Communism, eventually turning to Christianity. But getting out of the CPUSA and the Soviet spy network was more difficult than getting into it, and Chambers would eventually expose the spy ring, including major government figures Alger Hiss and Harry Dexter White. His insights into Communism are profound, and help explain why so many educated and talented Americans were willing to dedicate their lives to the Marxist cause in the 1930s and 40s, betraying their own country in the process.