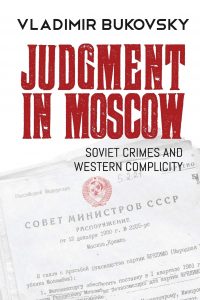 Originally published in nine languages in 1995, this book was only published in English in 2019. It is a major examination of the Soviet Union from the inside, based largely on transcripts of deliberations of the Central Committee of the Communist Party of the Soviet Union (CPSU) and the Politburo. Bukovsky was for decades a prominent dissident who had suffered in prisons and psychiatric hospitals designed to break resistance to the regime, and who was eventually expelled to the United Kingdom, where he settled in Cambridge. He describes how, in the early 1990s, for a brief period President Boris Yeltsin gave him access to these archives, many of which he was able to copy. The top-level discussions and decision-making he reports reveal that the Soviet leadership never really deviated from their original objectives, but constantly sought ways to expand their global reach through support and control of Communist parties and liberation movements around the world, and the manipulation of the free world through Socialist and Democratic Socialist parties and other leftists in the West who eagerly bought into détente and various Soviet-controlled peace and disarmament movements. Crumbling from its own internal decay and incompetence, the Soviet Union made a couple of colossal mistakes that ultimately doomed it to failure. In 1979 it invaded neighbor Afghanistan, in the name of protecting its southern border. This would turn into a decade-long disaster that drained ever dwindling resources. When Solidarity began to shake the Communist regime in Poland, military intervention was out of the question, and Moscow was simply unable to provide the goods and money needed to prop up the regime there. Gorbachev’s rise to power in the mid-80s saw a new strategy to achieve the unchanged objectives: creation of an apparent division between conservatives and reformers in the Soviet leadership. Gorbachev was able to use Perestroika and Glasnost to appeal for Western good will and financial support, all the while continuing to crush authentic opposition at home. The Soviet leaders calculated that if they backed Gorbachev-like ‘progressive’ leaders in satellite countries, that those countries would likewise be able get desperately needed economic help from the West and the Soviet Empire would be preserved. This calculation of course proved wrong. Not only did the satellite states reject Soviet hegemony, they rejected Socialism and Communism as well. In the USSR itself, the Soviet system collapsed and the constituent states gained their independence. But, Bukovsky points out, there was never an accounting for the crimes of the Soviet leaders who had destroyed the lives of millions. There were no Nuremberg trials. Communist leaders became ‘democratic’ leaders of the newly independent states. Vladimir Putin has managed to stay in power as effectively as any of the Soviet leaders of the past.