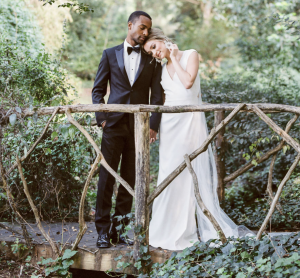 This article looks at statistics for several institutions impacted by the Roe decision in 1973. These include: The frequency and incidence of pre-marital sex, the rise of out-of-wedlock births, adoption, decline in marriages, and single parent families. The racial demographics are notes, as well as indirectly related statistics such as crime.

With the news that the U.S. Supreme Court will likely overturn Roe v. Wade, commentary has largely concentrated on the moral issues, women’s desires to not bear a child to term, and the soundness of the original court decision. However, the current discussion also provides a chance to evaluate how liberalizing abortion rules from 1969 to 1973 ignited profound long-term social changes in America and whether the court’s decision will reverse those changes.

One often misunderstood fact: Legal abortions didn’t start with Roe or even with the five states that liberalized abortion laws in 1969 and 1970. Before Roe, women could have abortions when their lives or health were endangered. Even in some conservative states, such as Kansas, doctors had very liberal interpretations of what constituted a danger to health.

Nevertheless, Roe substantially increased abortions, more than doubling the rate per live birth in the five years from 1972 to 1977. But many other changes occurred at the same time, among them: a sharp increase in premarital sex; a sharp rise in out-of-wedlock births; a drop in the number of children placed for adoption; and a decline in marriages that occur after the woman is pregnant.

Many of these changes might seem contradictory. For example, why would both the number of abortions and out-of-wedlock births go up? If there were more illegitimate births, why were fewer children available for adoption? When examined closer, however, one can make sense of these changes.

Part of the answer to the first puzzle lies in attitudes toward premarital sex. With abortion seen as a backup, women and men became less careful in using contraceptives and more likely to have premarital sex.

Academic studies have found that legalized abortion, by encouraging premarital sex, increased the number of unplanned births, even outweighing the reduction in unplanned births due to abortion.

Starting in the early 1970s, following Roe, out-of-wedlock births increased dramatically through the late 1980s. It rose from an average of 5 percent of all births from 1965 to 1969 to more than 16 percent two decades later (1985 to 1989). For black Americans, the numbers soared from 35 percent to 62 percent. While not all of this increase was caused by liberalized abortion rules, it was a key contributing factor.

With legalization and a woman able to escape an unplanned pregnancy, a man might well expect his partner to have an abortion if a sexual encounter resulted in an unplanned pregnancy. But what happens if the woman refuses — say, she is morally opposed or, perhaps, she thought she could have an abortion but, upon becoming pregnant, decides she can’t go through with it?

Feeling tricked into unwanted fatherhood, many men likely will wash their hands of the affair altogether, thinking, “I never wanted a baby. It’s her choice, so let her raise the baby herself.”

Society’s expectations of men in this position changed dramatically in the last five decades. Evidence shows that the greater availability of abortion largely ended “shotgun” marriages, where men felt obligated to marry the women.

What has happened to these babies of reluctant fathers? The mothers often raise the children on their own. Even as abortion has led to more out-of-wedlock births, it has dramatically reduced adoptions of children born in America by two-parent families.

Before Roe, when abortion was much more difficult, women who would have chosen an abortion but could not get one turned to adoption as their backup. After Roe, women who turned down an abortion also were the type who wanted to keep the child.

But all these changes — rising out-of-wedlock births, plummeting adoption rates, and the end of shotgun marriages — meant more single-parent families. With work and other demands on their time, single parents, no matter how wanted their child may be, tend to devote less attention to their children than do married couples. After all, it’s difficult for one person to spend as much time with a child as two people can.

From the beginning of the abortion debate, including in Roe, those favoring abortion have pointed to the social costs of “unwanted” children who won’t get the same attention and care as “wanted” ones. But a trade-off is often ignored. Abortion may eliminate “unwanted” children, but it contributes to increasing out-of-wedlock births and single parenthood. Unfortunately, the social consequences of illegitimacy dominated.

Children born after liberalized abortion rules suffered a series of problems, from increased difficulties at school to committing more crime. The most vulnerable in society, poor blacks, have suffered the most from these changes.

No matter who wins the election or controls the Supreme Court, abortions are unlikely to be outlawed, just as they were not outlawed before the court decided Roe in 1973. Unfortunately, Roe destroyed many social institutions, such as the social pressures for shotgun marriages, and they are unlikely to return. Nor will premarital sex likely be as rare as it was before Roe.

Liberalized abortion undoubtedly has made life easier for many, but like sex itself sometimes, it has had many unintended consequences.

John R. Lott, Jr. is the president of the Crime Prevention Research Center based in Missoula. His academic research on abortion is discussed in his book “Freedomnomics.”