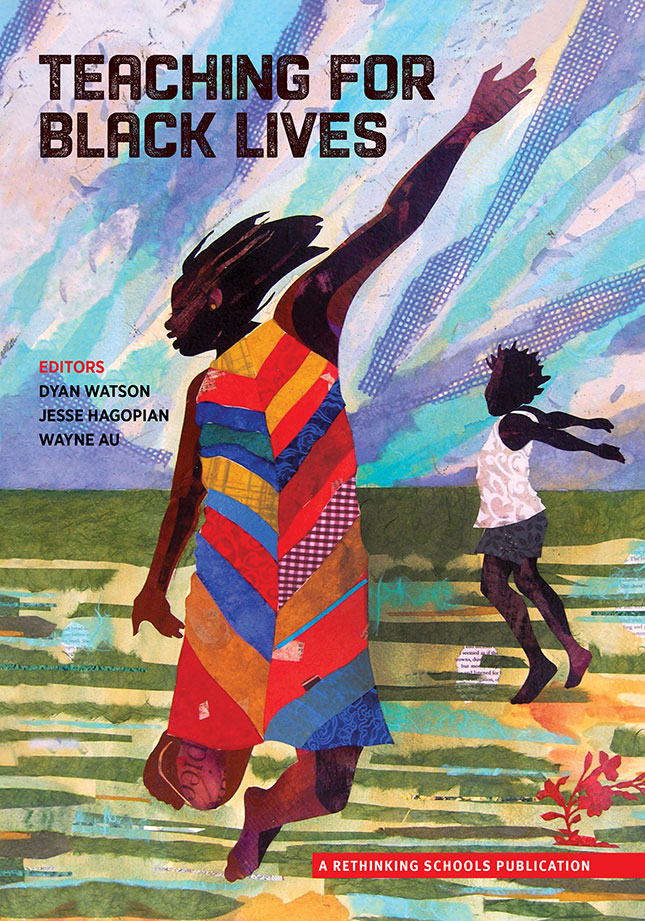 The cover of the textbook used as part of the BLM curriculum, which seeks to make “classrooms and schools sites of resistance to white supremacy and anti-blackness.” (Courtesy of the Publisher, Rethinking Schools).

Black Lives Matter, though less prominent in the headlines of late, continues to be quite a growth story. What began in 2013 as a hashtag propagated by a few activists and academics rapidly grew into a nationwide protest movement and then into an institutional establishment, with local chapters around the U.S. and even a few abroad. With lavish funding and generally supportive media attention, the BLM network has become the progressive Left’s primary organ of antiracism activism. Now it seeks to sustain and expand upon that success. In its most ambitious venture yet, the group has moved beyond the streets and into the nation’s public schools.

No one should be surprised. As BLM statements repeatedly make clear, the movement has always linked the charges of police misconduct that brought it into existence with a comprehensive critique of the American polity. “State violence” against blacks “takes many forms,” the BLM network’s “About us” statement declares. The first plank of a widely publicized platform issued in 2016 demands “an immediate end to the criminalization and dehumanization of Black youth,” including “an end to zero-tolerance school policies and arrests of students, the removal of police from schools, and the reallocation of funds from police and punitive school discipline practices to restorative services.” BLM founder Opal Tometi heads the list of signatories of a 2018 letter urging teachers to support a “new uprising for racial justice” in the nation’s schools.

Neither Tometi nor BLM’s other two founders, however, initiated the latest campaign. In keeping with activists’ pride in their network’s decentralization—a self-conscious departure from the top-down organizational model that they ascribe to the civil rights movement—the present venture is akin to a franchising operation, with local cells of teachers’ union activists as the operators. K–12 educators sympathetic with the movement have successfully promoted the “Black Lives Matter at School” program, bringing its activist spirit and ideology into a growing number of secondary and even elementary classrooms.