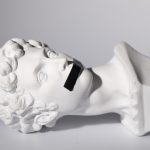 The threat to free expression goes well beyond high-profile cancellations.

Ted Balaker explains the deep erosion of American values and culture perpetrated by Cancel Enforcers and their armies of “useful idiots.” What in his earlier writing was called “outrage culture” is now a pervasive spectre of fear infecting all parts of American life.

Cancel culture’s impact is best measured not by grand explosions of controversy, but by what remains unseen and unsaid.

Among the figures featured is Karith Foster, a comedian-turned-diversity trainer who brings humor and a “common humanity” approach (which emphasizes what all people have in common) to the fraught world of Diversity, Equity, and Inclusion. The film introduced Foster’s ideas to a wider audience. But a new development may stymie her ascent: After getting booked to speak at a well-known California college, she was disinvited. A supportive administrator warned Foster that she had been placed on a watchlist for essentially eschewing what is sometimes called the “common enemy” approach favored by DEI trainers (in which people are defined as “oppressor” or “oppressed” based on race, sex, and other characteristics).

In the wake of the controversy surrounding his latest Netflix special The Closer, Dave Chappelle received an Emmy nomination for his 2020 special 8:46. Many have gleefully declared that the nod proves that cancel culture does not exist. “Only one grammy nom[ination] each for Dave Chappelle, Kevin Hart, and Louis CK!! Cancel culture strikes again!!” snarked Buzzfeed reporter David Mack.

But such reactions show that this phenomenon is widely misunderstood. I don’t like the term “cancel culture” because it confuses as much as it clarifies, and that’s partly why its most pernicious side is so easy to miss. Dustups involving big stars attract lots of attention—but we shouldn’t judge cancel culture simply by what happens to a celebrity in the crosshairs. Instead, the greatest impact often falls on those far removed from the original scene of the outrage. Cancel culture’s impact is best measured not by grand explosions of controversy, but by what remains unseen and unsaid. Here are some examples.

In 2015 I directed a feature documentary, Can We Take a Joke?, which explores the clash between comedy and outrage culture (“cancel culture” had yet to emerge as a widely-used term). Among the figures featured is Karith Foster, a comedian-turned-diversity trainer who brings humor and a “common humanity” approach (which emphasizes what all people have in common) to the fraught world of Diversity, Equity, and Inclusion. The film introduced Foster’s ideas to a wider audience. But a new development may stymie her ascent: After getting booked to speak at a well-known California college, she was disinvited. A supportive administrator warned Foster that she had been placed on a watchlist for essentially eschewing what is sometimes called the “common enemy” approach favored by DEI trainers (in which people are defined as “oppressor” or “oppressed” based on race, sex, and other characteristics).

Shortly before hearing from Karith, I had been privy to similar instances of narrow-mindedness. I’m currently directing a forthcoming feature documentary based on The Coddling of the American Mind, the bestselling book by Greg Lukianoff and Jonathan Haidt. In late 2020, our team took a meeting with a major distributor. The executives liked our angle—focusing on the mental health crisis of Generation Z. But one blanched at the controversy it could ignite, noting it would take just one journalist on Twitter to question why this distributor greenlit the project in the aftermath of the George Floyd murder. I was shocked. Coddling has nothing to do with the Floyd tragedy. And how could one hypothetical Twitter user enjoy so much influence?

Around the same time, a friend of mine emailed me, smarting from a recent tangle at work. He’s a Latino comedic actor who had been courted by a new media platform. He moved across the country, and for years enjoyed a rarity for comedians—steady work. His comedy is sketch-based and addresses current events: a bit like “Saturday Night Live,” except with more eagerness to lampoon the excesses of identity politics. It’s something his employer encouraged, but that quickly changed in 2020. My friend made no outrageous blunder. His style of comedy stayed the same. And yet he was abruptly fired. His comedy had suddenly become taboo, and the once-prized recruit became a problematic liability.

I then received word from a producer at a top nonpartisan news organization. He was working on a television special about race in America, which would feature black experts. He hoped for some viewpoint diversity, and I provided a shortlist, complete with bios and links to televised interviews. My list included entrepreneur and podcaster Kmele Foster, Columbia professor John McWhorter, and George Mason University economist Walter Williams. My friend responded quickly—his bosses declared them all too extreme.

In a development which should hearten professionals whose speech has been chilled, there is evidence to suggest that many Americans believe cancel culture has gone too far. According to a recent Hill-HarrisX poll, strong majorities of all demographic groups share that sentiment, including 70 percent of Democrats. Recent polls from the likes of Politico and YouGov mostly tell versions of the same story.

Yet even neutral pollsters often define cancel culture so narrowly as to misrepresent its true nature. The Politico survey, for example, uses the dictionary.com definition: “the practice of withdrawing support for (or canceling) public figures and companies after they have done or said something considered objectionable or offensive.”

But none of the people in my examples were canceled in the traditional sense. Though fired, my comedian friend’s reputation hasn’t been smeared by a public trial on Twitter. Kmele Foster, John McWhorter, and Walter Williams weren’t disinvited from the television special—they were simply rejected at an earlier stage. Time will tell what happens to people like Karith Foster.

Even when cancel culture’s most obvious side doesn’t show itself, those involved still feel its chill. The news producer will think twice before suggesting on-air experts that irritate his bosses. The college administrator who booked Foster will also think twice, as will the Latino comedian. I will recalibrate my already low expectations for the amount of viewpoint diversity entertainment executives will tolerate. Distributors and other gatekeepers will use new guidelines to filter out problematic content before it reaches audiences. Colleagues and friends connected to the examples above will note that the unwritten rules have been revised yet again.

Each impact may be small, but imagine them multiplying. Imagine the news media systematically misrepresenting black viewpoint diversity. Or colleges systematically favoring a “common enemy” approach to diversity training. Or entertainment executives systematically bowing to Twitter’s view of the world.

Doesn’t that seem a little bit like our world?

Tiny impacts from cancel culture can accumulate into big problems. It appears that the type of diversity training common on college campuses and elsewhere not only doesn’t work, but can increase bias, and exacerbate anxiety and depression. I’ve recently been speaking with many current and former college students in their teens and twenties. They often don’t realize that there are other ways to achieve social justice goals. Even if they do know, speaking out poses risks. Perhaps knowing the political diversity among Americans of all colors would embolden them, yet the screens they gaze at reinforce conformity.

Meanwhile, students tell me they engage in a kind of “pre-canceling,” which includes scrubbing their social media feeds of anything a grad school or future employer might find problematic. The Foundation for Individual Rights in Education (FIRE) discovered that many students fear their college would punish them for saying something deemed “offensive,” and that fear contributes to widespread self-censorship among students. Young people are most likely to shy away from topics like race and sex, topics that lie at the center of some of our most intractable problems. How can we improve society if we’re afraid to discuss important issues openly?

In short, cancel culture’s biggest blow doesn’t strike Dave Chappelle, or any individual person. It strikes what so many defenders and deniers of cancel culture care about so much—progress. And that strikes us all.

Ted Balaker is a filmmaker whose production company is devoted to making important ideas entertaining. His recent work includes Little Pink House, Can We Take a Joke? and a forthcoming documentary based on the bestselling book, The Coddling of the American Mind.