Please stand up against this, before it is too late 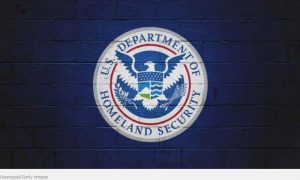 One could argue that Republicans can be blamed for having brought anti-American, unconstitutional authoritarianism to our doorstep with the establishment of Bush Jr.’s Department of Homeland Security (DHS). This is ever the myopia that plagues our democracy and the petty power lust characteristic of American partisans’ drowning in blind party politics. Prayers to God that this stops someday.

In the meantime, on Monday, February 7, this same e DHS posted its latest National Terrorism Advisory System bulletin, in which it identifies “The number one terrorism threat, in the eyes of our government, is ordinary people who hold different views on COVID policies and election security. Under “Key factors contributing to the current heightened threat environment,” the very first factor listed is “The proliferation of false or misleading narratives, which sow discord or undermine public trust in U.S. government institutions.”

“For example, there is widespread online proliferation of false or misleading narratives regarding unsubstantiated widespread election fraud and COVID-19,” states the bulletin. “Grievances associated with these themes inspired violent extremist attacks during 2021.”

Not a single living, breathing American, not even Rashida Tlaib, Ilhan Omar, or Patricia Cullors should be anything but horrified at this bulletin. In the same week as the Whitehouse actually, publicly called on a private company to censor a private citizen for posting an interview with the inventor of the Covid19 vaccination technology, the DHS publishes a bulletin defining political opinion as terrorism.

I ask every red-blooded American, from Ibram X. Kendi to Louie Gohmert to stand against this jack-booted, militant declaration before it is too late.

The State Department, along with over a dozen other Western governments, posted a joint statement expressing concerns about freedom of speech in Hong Kong. Perhaps these governments, beginning with our own, need to look in the mirror and recognize that their assault on basic human rights, including free speech, free association, and political and religious beliefs, is now on par with the behavior of the Chinese communists.

“The undersigned members of the Media Freedom Coalition express their deep concern at the Hong Kong and mainland Chinese authorities’ attacks on freedom of the press and their suppression of independent local media in Hong Kong,” began the statement, which was signed by countries like Australia that are now engaging in human rights violations under the color of COVID.

This is quite a rich statement proclaimed in the same week that the White House called on Spotify to censor Joe Rogan for having long-form engaging discussions with brilliant scientists like Drs. Robert Malone and Peter McCullough. As early as July, the White House called on Facebook to censor any information on the vaccine that is not in line with the views of the regime. The top doctors and scientists treating COVID have essentially been removed from nearly every media platform. How exactly is this different from China?

Well, you might suggest that at least they won’t hunt you down and treat you like a criminal for holding these views, as they might do in a country like China. However, can you really count on that, given what our government is already saying?

On Monday, the DHS posted its latest National Terrorism Advisory System bulletin. The number one terrorism threat, in the eyes of our government, is ordinary people who hold different views on COVID policies and election security. Under “Key factors contributing to the current heightened threat environment,” the very first factor listed is “The proliferation of false or misleading narratives, which sow discord or undermine public trust in U.S. government institutions.”

You might think this is referring to those who verbally and sometimes physically assault people for not covering their faces in a store like women in Afghanistan. Or perhaps denying kidney transplants to people for not getting a Pfizer product. But no, they mean people like you and me. “For example, there is widespread online proliferation of false or misleading narratives regarding unsubstantiated widespread election fraud and COVID-19,” states the bulletin. “Grievances associated with these themes inspired violent extremist attacks during 2021.”

Can you list examples of violent extremist attacks from people who oppose COVID fascism?

This factor was listed ahead of the concern of foreign Islamic terrorism or any mention of the Colleyville synagogue hostage-taker. Our own government, for the first time in history, is seeking to criminalize political opposition and treat it on the same level as al Qaeda. Then again, the DHS bulletin made no mention of al Qaeda or the Chinese Communist Party.

The witch hunt against freedom of speech is so strong that even members of Congress are not immune to it. Earlier this week, the Federalist reported that the Capitol Hill Police inspector general is launching a probe into an allegation by one congressman that his office was illegally surveilled by police. According to Rep. Troy Nehls (R-Texas), Capitol Hill police stopped by his office in November and took a photo of legislative plans detailed on his whiteboard. The officers came back a few days later in plain clothes and questioned a staffer about a whiteboard that contained “suspicious writings mentioning body armor.” Specifically, Nehls was planning to introduce legislation banning the sale of faulty Chinese body armor, which was obvious by the text of his writing. Again, is this another case of projection, where the true Chinese-style authoritarians are accusing their opponents of a lack of patriotism?

On Tuesday, Rep. Louie Gohmert (R-Texas) accused the Justice Department of spying on members of Congress as well. In a statement posted on Twitter, Gohmert contends that constituent mail was opened and stamped with “DOJ mailroom” and labeled “X-rayed,” seemingly indicating that the Justice Department first looked through his mail. This would violate the principle of separation of powers.

All this news comes amid the backdrop of a draft recommendation published by the House of Representatives inspector general calling on the sergeant at arms’ office to engage in internal “behavioral monitoring” to detect internal security threats. “The slim document suggested that the House Sergeant at Arms’ office — which leads security for the chamber — start a comprehensive insider threat program, which it currently lacks,” reports Politico.

Taken together, it’s beginning to look a lot like a despotic third world country. They used COVID to criminalize our breathing and bodies; they used Jan. 6 to criminalize political beliefs. Now they are using any opposition to their policies as pretext to shred the First Amendment rights of citizens and separation of powers of political opponents.

Republican governors in red states would be wise to work with state and local law enforcement and establish a principle of interposition against the looming federal assault on political opponents. They must make their states sanctuaries for the First Amendment by promising to arrest any federal official who comes to the state seeking to harass, question, or apprehend an individual who has broken no law other than espousing views unpopular with the regime.

We have all witnessed the remarkable transformation of Western democracies that have reverted to pre-enlightenment governing values in a matter of a few years. The virus might have begun in China, but it has turned Western governments into China. If we don’t first focus on the authoritarianism in our own back yard, we won’t have a refuge from Chinese tyranny, for our own government is nothing but a client state of the Chinese Communist Party. And clearly, China have taught our government well.