Defenseless children are groomed for transgender chemical and surgical alteration that destroys their lives. The flood of horror stories as this is imposed on innocents is often more than a reader can bear. 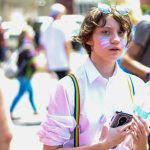 Here below is a summary of the 5 clear steps that are systematically employed to destroy the lives of innocent children created by Teresa Pierre, Ph.D from Parents As First Educators Inc. Canada

Walt Heyer has published a fascinating story in The Federalist about a mother who bravely and successfully stood up to the forces who would have sent her 10-year-old down a mentally and physically devastating path of transgenderism.

As a former “transgender” child, who “transitioned” to female as an adult before seeking counselling and emotional healing for his feelings of gender dysphoria, Walt is uniquely positioned to help others reclaim biological reality for themselves or their children.

As you’ll learn from reading his account of the story, the attempt to groom this child into thinking she had a “cross-sex” identity followed a five-step process that Walt has seen repeatedly deployed in similar cases.

We would all do well to review these steps and be on the lookout for instances in which they are being used to imperil the mental and physical well-being of children against the will of their loving parents.

STEP ONE. Exclude the Parents

Separated from the watchful eyes of parents, trans activists are more able to effectively indoctrinate vulnerable children. In the story Walt relates, 10-year-old “Mindy” was isolated for SIX DAYS in hospital, and her parents were not given updates.

In the hospital, Mindy’s counselling appointments continued without the presence of her parents.

Mindy’s parents sought help for her “out of the blue” anxiety and depression, which began when the girl changed schools, losing contact with her friends, and then had to finish the year virtually because of COVID.

These obvious triggers for anxiety and sadness were ignored by Mindy’s counsellors, who made a quantum leap straight to Gender Dysphoria, which is the result they wanted.

Walt Heyer has observed this grotesque medical malpractice occurring far too often in public health systems driven no longer by medical best practices, but by ideology. This is ruining, not improving, the lives of children.

Studies reveal that affirming a child in a cross-sex identity puts that child on a path to living a transgender life.

Most children experiencing gender-based confusion, if lovingly watched but not encouraged, will grow to identify with the sex they were born with in an overwhelming percentage of cases.

When Mindy’s counsellor told Mindy’s mother that she would begin calling Mindy by a male name, the girl’s mother wisely cut that counsellor off and did not return.

In so many other tragic cases, the child has not been so lucky.

Everywhere our children look, they are seeing “trans” identities and lifestyles promoted and glorified. YouTube videos, children’s shows, video games, books, and even many teachers at school push transgenderism as part of the diversity vision.

Young children, especially girls like Mindy, who hit a rough period emotionally, or who feel isolated, can easily be drawn toward identifying as transgender as a way of gaining acceptance and attention.

Mindy’s mother discovered how negative these influences could be when she realized her daughter’s anxiety and confusion increased when she was interacting online with certain friends.

Walt Heyer has learned from many parents that they discovered the root of their children’s problems was not gender dysphoria at all, but actually the result of spending far too much time online.

Aggressive gender ideologues who push transgenderism on children employ very simple weapons against anyone who stands up for the rights of those children.

They call us names and ostracize us. Walt Heyer is called “transphobic” merely for telling his story of transition and detransition.

Distinguished child psychologists have been fired and punished for expressing the scientific truth that puberty blockers and cross-sex hormones can ruin a child’s long-term physical and psychological health.

Major medical associations have betrayed their missions by advocating for political ideology over sound medical practice.

This is an assault on science, on freedom, and most tragically on the well-being of thousands of children.

The transgender grooming process happens startlingly quickly, and can set any child on a path to ruin. Mindy’s mother recognized that things were very wrong with the diagnosis and she refused to blindly follow the opinions that contradicted what her common sense told her.

She withdrew her daughter from the trans-affirming health protocol, watched and lovingly waited.

It was the right thing to do. Mindy now realizes that she never had gender dysphoria, she was a temporarily overwhelmed 10-year-old upended by a change of school and then the onset of virtual school.

In Canada, maneuvers like the Trudeau government’s C-6 legislation, a law that makes private conversations such as the ones Mindy’s mother had with her daughter punishable by prison time, will make standing up for children even harder than it already is.

We must continue to assert the right of parents to decide what’s best for their children, and we should all learn to recognize the tell-tale signs of a child being groomed as a transgender by our increasingly complicit education and healthcare systems.