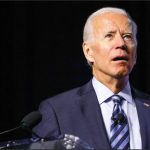 This podcast asks rigorous investigative journalists to look into phenomena that seem related. Who is behind the aggression of Biden handlers to prevent him from speaking to the press other than what has been scripted for him? Are any of these the same people who bragged in Time Magazine of saving America by subverting the 2020 election?

Good morning, I’m putting together a very simple piece this morning. It is a call for an explicit journalistic mission focus that I myself have not seen. If it’s out there, let me know. But if not, I believe that it’s a vital and important matter for serious investigative journalists who have integrity and are seeking the truth.

One of the things we noticed. And it’s plain undisputed in fact, I think, every person  across the political spectrum will acknowledge that President Biden is prevented from speaking spontaneously to the press. To the extent possible, by his handlers. Every situation in which the President is tempted to respond to journalists on spontaneous questions, his handlers are extreme. Their mad rush to interfere and to prevent the president from speaking is so universally acknowledged that the very network which is on the public record as having been committed to bringing Biden into power at all costs. This is something anyone can check, the open claim by people employed there at executive level, that network. CNN, which openly admits that it’s mission was to secure the Biden Presidency by any means necessary, and that combined with the aggression of Biden’s handlers to block Biden from ever responding to journalist questions, introduces the basics cornerstone of what I want to introduce here.

Immediately after the election, an extensive Time Magazine article appeared in which players identified themselves as having subverted the 2020 election and saved America from the evils of what they believe is a populist, Hitler type person in the person of President Trump. They identified themselves, they identified their strategies and they identified openly and explicitly those unconstitutional tracks, lines of integrations, cross corporate activity that was designed to subvert the election process. They themselves openly claim this activity as their own, and identify how they managed to accomplish it.

They did so openly and unabashedly and proudly as saviors of the United States of America. We have these two things: We have clear evidence that a group of people do not want the president speaking for himself, other than scripted material, and we have a group of people who openly self identify as being willing to subvert the US election integrity process in 2020 years, exploiting COVID and other similar schemes. They explained their work in great detail in Time Magazine.

What I want to know is, to what extent these people who manipulated the election itself according to their own confession, offering details on their strategies and on their implementation of their plan. Those people. Are they still involved in running the United States government? They obviously were involved, according to their own confession and explanation, in running the election process. They infiltrated the voting effort, working with local governors, local state legislators to change laws and involved themselves in unconstitutional procedures, using COVID as a cover for this type of activity. They identified themselves, and their strategy as strategy, understanding themselves to be the saviors of America.

Now we know that there is a group that is intensely dedicated to making sure that President Biden never speaks for himself, but only puts forward a particular agenda. Presently, the right side of the political spectrum, and the right side is dedicated to a number of matters and concerns that they work to address. One That they constantly challenge, in what’s called President Biden’s policies on policy levels. They offer great political commentary, such groups as Hoover and Heritage. They write on Biden policies, challenge them, and point out the dangers to the health, wealth, and stability of the United States based on such policies. That’s good journalism. It’s necessary, helpful, and educational. They cover the attack of the ideological bias that is being forced all throughout education in America from preschool all the way up through the highest levels of education in the most elite levels of education like Harvard, Yale, Stanford, Chicago and so forth. It’s now become almost a common to hear mention  of Critical Race Theory. It is a particular ideological theory, it’s very dangerous to anyone who adopts it, and it’s very famous to impose that on young people who should properly be studying geography. math, grammar, and things like that. So there’s a great fight against the ideological infiltration of education that trains American citizens to hate themselves, each other, to doubt the gender of their birth and so forth. This is good work, there’s a lot of reporting on that.

There’s also a great deal of reporting on immigration. There’s a tremendous humanitarian crisis arising from the current handling of the southern border in the United States. People are dying, young women and children are being trafficked. It’s a horrible situation. It’s good to report on this. It is important. There’s a great deal of investigation into the past election. There’s a lot of auditing and ballot counts in areas that were questionable. Big tech obstructed the discussion of that by banning people from even thinking aloud. And so writing continues on election integrity, immigration, and the ideological impact on education.

The reason why I made this podcast, what I would like to ask the great journalists about, is what I believe should be the dominant obsession among investigative journalists. That is to identify and write extensively on exactly who is running the United States, particularly who are these people, where do they come from, by what means do they gain access to the Executive branch of government? The country obviously is being run by someone. Although the President is not capable of reading the speeches written for him. That’s its own issue. That’s not at all what I am speaking about. I saw a meme which said, “Why doesn’t the President do us all a favor, and turn the teleprompters around so we can read for ourselves what they say. The fact that President Biden is not able to read cogently is a matter of a different discussion. It is what I am here to speak on. I am here to ask reporters to find out, and write on who is running the United States of America.

I read a lot of great investigative journalism, I read a lot of journalists, and great analysts.. But I have not come across that side of the course will be the conservative side that is trying to find out who these people are, with whom they are associated, where do they come from, what are their backgrounds. How are they funded, and especially how do they get access to the executive branch of the United States government. Already a group self identified. There are a lot of names in that article. What I’m interested in is knowing if that group is continuing. The mission that was undertaken and confessed in the Time magazine article that will install President Biden,

As their mouthpiece, Biden already instituted a rack of highly destructive policy directions, even though he’s incapable of articulating them, even when they’re written out. But more importantly, it is whose writing this is that needs to be exposed. One group of people already admitted to secretly taking over the election. Now it should be known and constantly written and read about, who continues the mission that was undertaken when the decision was made to subvert the US election

So that’s a small request of mine, the border, the education, the election integrity, all great writing and great analysis. But they also should begin to expose who is running the United States. This should be ferreted out and quickly put before the American people.

Thank you very much.