In what should have been a moment of horror to all Americans, it was revealed that the Obama-Biden administration illegally surveilled then candidate Trump weaponizing US intelligence agencies, textbook tyranny.

Now that Biden has returned to the White House, the practice seems to be resumed, in a ham-handed, jack-boot assault on a US journalist. Can simple Democrats, and garden-variety liberals really be OK with the eruption of plain unvarnished totalitarianism? 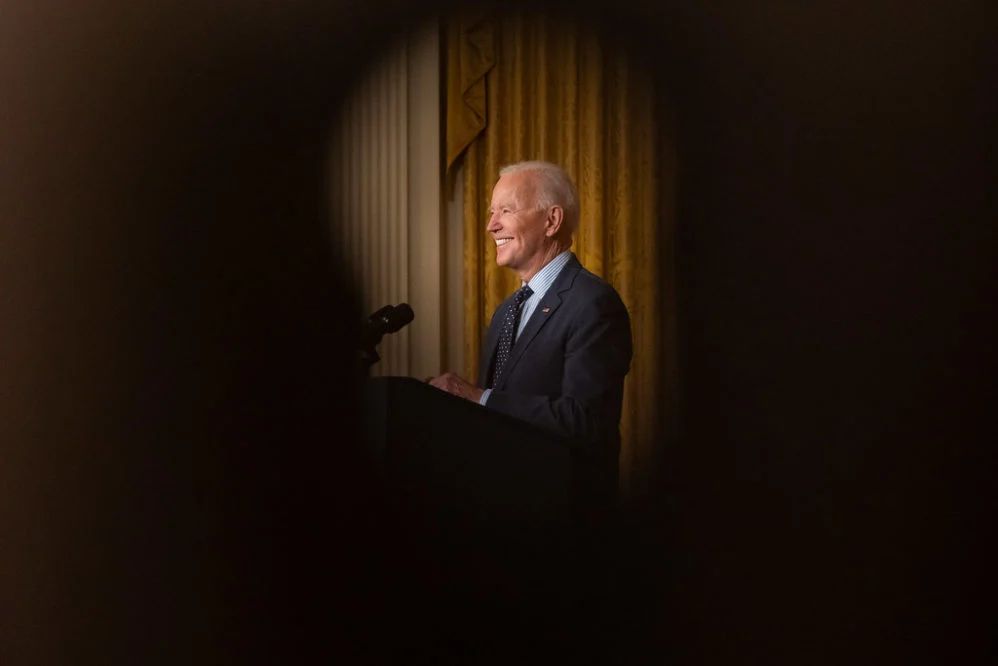 We now know the National Security Agency (NSA) not only was monitoring the electronic communications of Fox News host Tucker Carlson, but that either NSA or senior Biden officials leaked information from his communications to the news media in an attempt to smear him.

Axios reported July 7: “Tucker Carlson was talking to U.S.-based Kremlin intermediaries about setting up an interview with Vladimir Putin shortly before the Fox News host accused the National Security Agency of spying on him, sources familiar with the conversations tell Axios.”

The Axios article proves several troubling aspects of this story.

First, Carlson was right. This confirms what he says an NSA whistleblower told him: that NSA has been reading his emails, or transcripts of his phone calls, or both. Carlson did not make this up.

Second, the law was broken here. Although it is normal for an American reporter trying to interview a Russian official to have his or her name and electronic communications incidentally (accidentally) collected by NSA, U.S. law and intelligence community regulations require this information to be strictly protected. Since Carlson is an American citizen, NSA would be required to “mask” Carlson’s name in its reports and replace it with something like “an American reporter.”

Third, it is very possible that the request to unmask Carlson’s name came from the White House. Very senior U.S. officials are allowed to ask for the names of Americans masked in NSA reports to understand them.

Although such requests are supposed to be uncommon and a very serious matter, this process was extensively misused by senior Obama officials in 2016 to obtain the names of Donald Trump campaign staff from NSA reports. Obama’s National Security Adviser Susan Rice made some of these requests. She is now in the Biden White House and would know how to make unmasking requests.

But Carlson claimed something even worse: that NSA personnel both unmasked his name and leaked it to the media to smear him and take him off the air. He also contends “people in the [NSA] building learned who I was,” implying that his unmasked name was widely circulated within NSA.

As someone who worked for almost 25 years for U.S. intelligence agencies and the House Intelligence Committee staff, it is hard for me to believe NSA would so recklessly break the law. Only a small, trusted staff at NSA is part of the unmasking process. When a name of a U.S. citizen is unmasked at the request of a senior policymaker, only that policymaker is told the name and it remains protected in the NSA report. The unmasked name is not supposed to be released to other U.S. officials or NSA personnel.

For these reasons, I doubt that NSA personnel leaked Carlson’s name. I believe NSA provided it to senior White House officials in response to an unmasking request and these officials then leaked this information to hurt Carlson.

One might ask why a White House official would ever ask to unmask the name of a U.S. journalist? I can’t think of any valid reason. And the potential downside of appearing to spy on a journalist would be huge if such a request ever was made public.

It’s also hard to fathom what a Biden official thought he or she would accomplish by leaking Carlson’s name from NSA reporting. No one is going to fault the Fox New host for trying to meet with a foreign leader. That’s part of his job. Unmasking and leaking the name of a journalist well known for his criticism of U.S. intelligence agencies over violating the privacy rights of Americans was not just exceedingly stupid, it was a gift to Carlson.

Unfortunately, with the White House and Congress in Democratic hands, there will be no serious investigation of this latest weaponization of an American conservative. Moreover, with Biden officials planning to use U.S. intelligence agencies to spy on conservatives by claiming they are extremists or subversives, we may see more instances like this in the future. If Republicans gain control of the House or Senate in January 2023, they will be able to conduct robust oversight to investigate and stop such abuses of our intelligence agencies.

In the meantime, it is incumbent on American patriots working in U.S. intelligence agencies to stand up to the abuse of their organizations for political purposes by the Biden administration. We need more whistleblowers like one who went to Carlson to report such wrongdoing.

The best way to do this is to speak in confidence to Republican staff and members of the House and Senate intelligence committees. If a potential intelligence agency whistleblower does not know how to do this, please contact me.

Fred Fleitz is president and CEO of the Center for Security Policy. He served in 2018 as deputy assistant to the president and chief of staff of the National Security Council. Fleitz held national security jobs for 25 years with the CIA, DIA, Department of State, and the House Intelligence Committee staff. Twitter: @fredfleitz