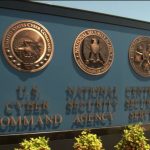 The NSA cannot legally target the communications of Americans without an order from the Foreign Intelligence Surveillance (FISA) court. The Obama administration abused this process to obtain information from NSA reports about Trump campaign officials in 2016, Who from the Biden administration made the unmasking request for Carlson’s name from NSA

Which Biden Official Asked The NSA To Unmask Tucker Carlson?

Last week, a National Security Agency (NSA) investigation quietly confirmed Fox News host Tucker Carlson’s allegation that it had collected his electronic communications. The NSA also admitted the content of Carlson’s communications was leaked to the press after they “unmasked” Carlson’s name to a Biden administration official.

The NSA cannot legally target the communications of Americans without an order from the Foreign Intelligence Surveillance (FISA) court. However, such communications are often “incidentally” collected when an innocent American communicates with a legitimate NSA target, such as someone believed to be under the control of or collaborating with a hostile foreign power.

When this happens, the name of the innocent American is supposed to be “masked,” or redacted. Senior U.S. officials are permitted to request the name of a masked American cited in an NSA report if the name is necessary to understanding the report. If the NSA approves an unmasking request, the name of the masked American is only briefed to the requesting official, who is advised that this information is extremely sensitive and cannot be revealed to others without the NSA’s permission.

After the Obama administration abused this process to obtain information from NSA reports about Trump campaign officials in 2016, the Trump administration adopted strict rules for unmasking requests.

First, who made the unmasking request for Carlson’s name from NSA reporting? And will this person be held accountable for leaking classified information?

Second, does the Biden administration have a policy on requests by senior officials to unmask the names of Americans from intelligence reports? If so, how is this policy being enforced?

The leaking of Carlson’s identity by Biden officials is a serious matter because it appears to confirm the Biden administration’s use of U.S. intelligence agencies to target its political enemies. But there’s an even more serious concern here: spying on journalists and leaking information based on their private communications constitutes a serious threat to the freedom of the press.

Journalists can’t do their jobs and speak freely if the U.S. government is spying on them. Sources will refuse to speak to reporters if they fear their confidential conversations will be picked up by intelligence agencies and leaked.

The NSA should not be unmasking any journalist at the request of senior U.S. officials unless there is a gravely serious national security reason. That wasn’t the case with the Carlson matter — he was presumably unmasked because he is one of the Biden administration’s harshest critics. It is inconceivable to me as a former intelligence officer why the NSA agreed to this unmasking request by a Biden official.

Immediate steps must be taken to stop this abuse of U.S. intelligence agencies to weaponize intelligence against American journalists. The NSA should only agree to unmask journalists with the approval of the NSA director. Such requests should be promptly reported to Congress.

The House and Senate intelligence committees should hold hearings on this matter and demand the Biden administration impose and enforce strict rules on unmasking the names of Americans from intelligence reports, especially journalists. Unfortunately, there probably will not be serious congressional hearings on this matter until at least 2023, when Republicans might gain control of at least one house of Congress.

Fred Fleitz is president and CEO of the Center for Security Policy. He served in 2018 as deputy assistant to the president and chief of staff of the National Security Council. Fleitz held national security jobs for 25 years with the CIA, DIA, Department of State, and the House Intelligence Committee staff. Twitter: @fredfleitz