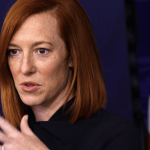 That was the simple declarative sentence President Joe Biden uttered in response to a question a reporter asked him July 16 as he left the White House.

“On COVID misinformation, what’s your message to platforms like Facebook?” the reporter had shouted as the president was walking toward Marine One.

Biden turned and walked directly toward the reporter.

“I mean, it really—look, the only pandemic we have is among the unvaccinated,” he said. “And they’re killing people.”

At her regular briefing the day before, White House press secretary Jen Psaki had explained how the administration was working with social media companies, including Facebook, in the hope of getting them to adopt what she called “a robust enforcement strategy” against COVID-19 misinformation.

“Can you talk a little bit more about this request for tech companies to be more aggressive in policing misinformation?” a reporter asked Psaki. “Has the administration been in touch with any of these companies? And are there any actions that the federal government can take to ensure their cooperation, because we’ve seen, from the start, there’s not a lot of action on some of these platforms?”

“Sure,” Psaki responded. “Well, first, we are in regular touch with these social media platforms, and those engagements typically happen through members of our senior staff, but also members of our COVID-19 team, given, as [Surgeon General Vivek] Murthy conveyed, this is a big issue of misinformation, specifically on the pandemic.”

Then she made a very specific claim that is memorialized at 17 minutes and 30 seconds into C-SPAN’s online video of the briefing.

Psaki went on to explain that the administration had “proposed changes” for Facebook and other social media companies.

“There are also proposed changes that we have made to social media platforms, including Facebook, and those specifically are four key steps,” Psaki said.

The first one, she said, is “that they measure and publicly share the impact of misinformation on their platform. Facebook should provide, publicly and transparently, data on the reach of COVID vaccine misinformation.”

The second change the White House proposed for Facebook and other social media companies was what Psaki called “a robust enforcement strategy” against those who engage in COVID-19 vaccine misinformation.

“Second, we have recommended—proposed that they create a robust enforcement strategy that bridges their properties and provides transparency about the rules,” said Psaki.

“There’s about 12 people who are producing 65% of anti-vaccine misinformation on social media platforms,” Psaki said. “All of them remain active on Facebook, despite some even being banned on other platforms, including ones that Facebook owns.”

Psaki did not name these 12 people.

The next thing the White House wanted, Psaki explained, was for Facebook and other social media companies “to move more quickly to remove” posts deemed “harmful.”

“Third, it’s important to take faster action against harmful posts,” said Psaki. “As you all know, information travels quite quickly on social media platforms; sometimes it’s not accurate. And Facebook needs to move more quickly to remove harmful, violative posts. Posts that will be within their policies for removal often remain up for days. That’s too long. The information spreads too quickly.”

“So, these are certainly the proposals,” Psaki said. “We engage with them regularly and they certainly understand what our asks are.”

Or they can make an unreasonable hypothesis based on no facts or on blatant falsehoods.

What does Biden want Facebook to do with speech related to COVID-19?

Then, as Psaki put it: “We have proposed they promote quality information sources in their feed algorithm.”

Now, put this in the context of a subject other than COVID-19 where human lives are also at risk.

In its latest annual report, Planned Parenthood said that in fiscal year 2019, its affiliates did 354,871 “abortion procedures.”

In a 2012 vice presidential debate with former Rep. Paul Ryan, as this column has noted before, Biden presented a scientific fact as if it were a religious position.

“Life begins at conception,” Biden said. “That’s the church’s judgment. I accept it in my personal life.”

On its Facebook page, by contrast, Planned Parenthood presents abortion as a form of “health care” provided by “heroes.”

“Abortion is an essential part of health care,” Planned Parenthood said on Facebook on July 17.

“Abortion providers are heroes,” it said in a March 11 posting.

Does Biden—who said life begins at conception—believe it is misinformation to call the deliberate taking of a human life “health care” and those who do that taking “heroes”?

Does he believe Facebook needs to take action “against harmful posts” that promote the taking of unborn lives?

Gratitude to article writer Terence Jeffrey@TerryJeffrey, Terence P. Jeffrey is the editor in chief of CNSNews.com.