Original article in The Daily Signal

Two veteran educators from the Bronx were fired recently for the simple act of refusing to do the “Wakanda salute,” a gesture from the popular superhero movie “Black Panther.” 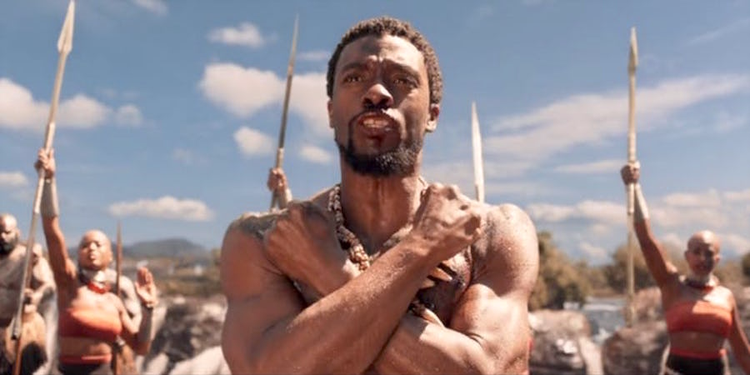 The gesture of Marvel Comics’ fictional African nation of Wakanda has been co-opted as a symbol of black power, like the raised fist iconography used extensively beginning in the 1960s by the militant Black Panthers.

Both fired teachers had nearly 30 years of service.

One, Rafaela Espinal, said she felt uncomfortable doing the Wakanda salute, and that afterward she was targeted by her colleagues. In a lawsuit filed against the New York City Department of Education, Espinal alleged that she “was admonished and told that it was inappropriate for her not to participate.”

Espinal herself identifies as Afro-Latina, and didn’t want to engage in the salute—not because she’s some secret white supremacist, but because, in her words, it introduced a racial divide where there should be none.

As her colleagues realized Espinal wasn’t going to join in their performative “wokeness,” they began harassing her. They said she wasn’t black enough, and degraded her by telling her to just “learn to be quiet and look pretty.”

The Wakanda salute that Espinal refused to do is touted by the New York City education administration as a move to promote racial equity by fostering understanding and tolerance among the staff. The irony of firing a black woman for refusing to do a black power symbol is seemingly lost on them.

To make matters worse, Espinal was not the only educator let go for refusing to toe the woke line.

Karen Ames, another veteran Bronx educator, previously hailed for raising math scores in her school district, was also fired for refusing to do the Wakanda salute.

Ames provides an even more disturbing insight into the “equity-based reforms” and the intolerance of those who push them.

One particularly horrific incident occurred during an implicit-bias workshop, where attendees were asked to recount personal anecdotes. Ames, who is Jewish, shared the story of her grandparents who lost two children in the Holocaust.

In a truly despicable response, one of Ames’ colleagues told her to “check herself” and “that [it’]s not about being Jewish. It’s about black and brown boys of color only.”

And in that one response we see the true nature of “equity.”

It’s not about achieving any real progress, and it’s certainly not about empowering minority communities. It’s about control.

Take Ames, for example. Her prior successes in increasing test scores for her students was completely overshadowed by her refusal to bend the knee and do the Wakanda salute. Her colleagues diminished the tragic loss suffered by her grandparents during the Holocaust, telling her to shut up because she wasn’t black or brown.

But here we see another problem.

Espinal is a black woman fired for refusing to indulge in a silly woke ritual. Her skin color didn’t make a bit of difference when her colleagues insulted her for wrong think. She has black skin, sure, but she doesn’t have the right opinions, so she doesn’t count.

Equity is a bludgeon used by the left to force its racist and divisive views on society.

Mike Gonzalez, a scholar at The Heritage Foundation, has written numerous articles and commentaries decrying equity for the divisive ideology it is, but he puts it most succinctly in a piece from early February. Gonzalez writes:

Equity has now come to mean the functional opposite of equality. The latter means equal treatment to all citizens, such as the Constitution calls for in the clause of the 14th Amendment that deals with equal protection of laws. Equity means treating Americans unequally to ensure that outcomes are equalized—the old tried (and failed) Marxian standard.

No one is safe in an America where equality is abandoned in favor of forced equity. As the firings of Ames and Espinal show us, the groups that equity initiatives are supposedly helping can be the first on the chopping block.