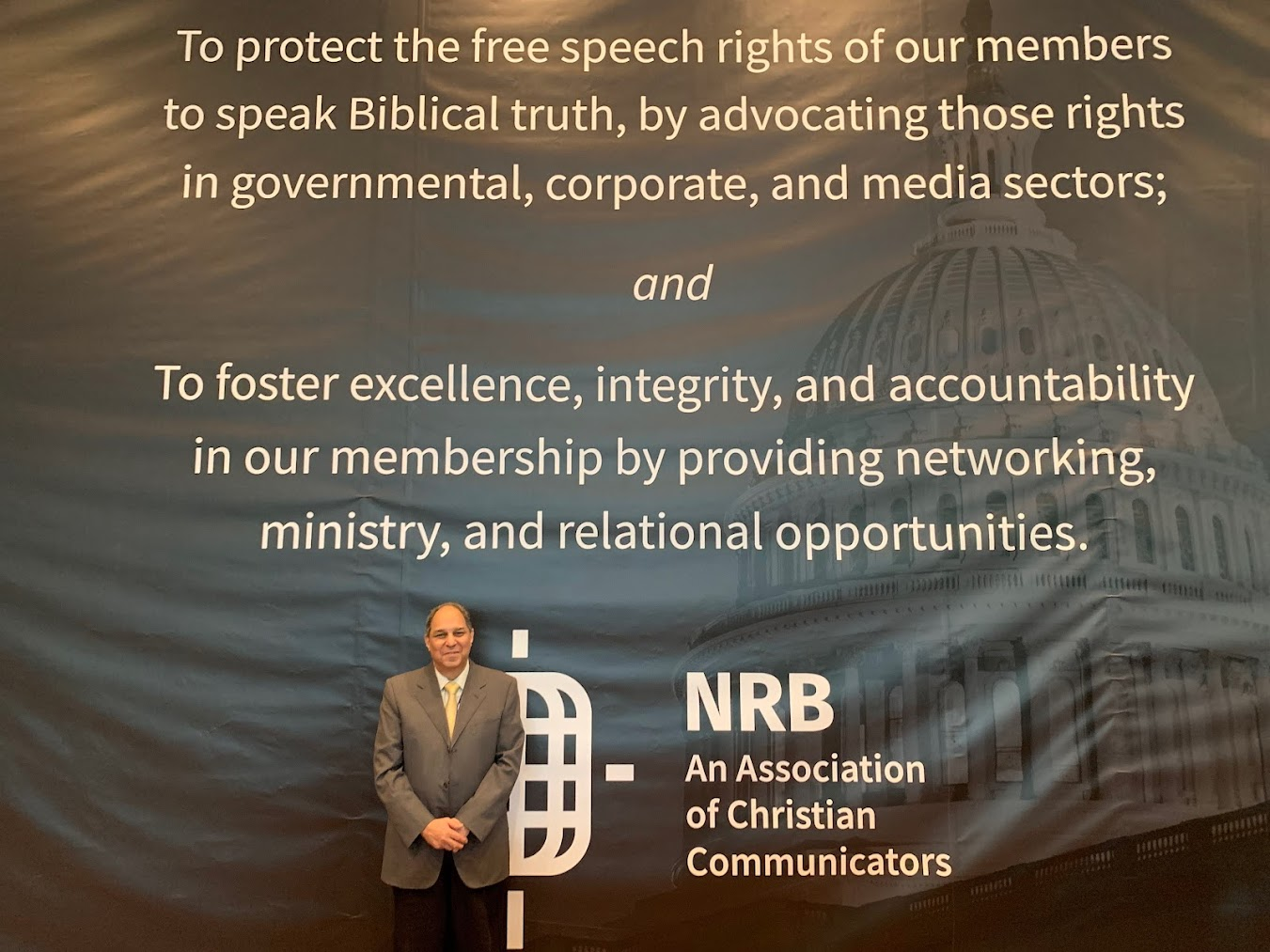 NRB has its roots in American-Christian, denominational distinctions, and the effort of “mainline Christian” denominations to obstruct the free speech rights of Evangelicals.

In response to this challenge, 150 Evangelical Christian broadcasters and church leaders held a series of meetings which led to the formation of the National Religious Broadcasters (NRB). In the fall of 1944, members of the NRB adopted their Constitution, Bylaws, Statement of Faith, and Code of Ethics.

Dr. Benjamin L. Armstrong was the first executive director of the National Religious Broadcasters (NRB) Association, and served as NRB’s leader and main visionary until his retirement in 1989.

The convention is massive, and constitutes a significant moral, ideological, theological, and political voice and influence in American life and culture. The range of issues and subject matter at the convention can be seen here in the extensive, convention program schedule.

In addition to the far ranging series of meetings and symposia was the  stunning arena of exhibits, seen here in the official NRB Exhibitor Directory.

Dr. Kaufmann attended this conference with the purpose to advance the social and political mission of The Settlement Project, to advance the spiritual and interreligious work of the Twelve Gates Foundation, and to support NRB co-sponsor, The Washington Times, its president,  Christopher Dolan, and its Opinion Editor Charles Hurt.

Here are images from the convention:

Special gratitude for support from The Washington Times Foundation, and for inspiration and energy from Pastor Robert Pyle.