Dr. Kaufmann speaks on implications of the Ukraine invasion 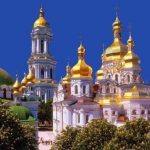 Good morning. I’m Frank Kaufman, President of The Settlement Project. Today is February 26 2022, two days after the Russian invasion of Ukraine. This invasion is ongoing.

The purpose of this podcast is to indicate that we are living through a moment in history that we have not seen in our lifetimes. History is changing. Right now, On this day, we are witnessing the end of the national based concept for Good and Evil. It used to be that countries with despotic leaders, expansionist agendas, and the willingness to attack unprovoked in the pursuit of world hegemony were described and understood as rogue states, evil states. On the other side there was the world of free democracies and these were understood as good states, where the ideal of individual freedom and human rights characterized life in such countries. Unfortunately, events of the past few years, including the exploitation of the COVID pandemic, have resulted in a restructuring of world affairs so that we now find ourselves in a global definition of good and evil, one no longer divided by national geography.

This is the first time this has happened in our lives. We are now at a new point in human history. We are now defined by global identity in which good and evil has transcended the reality of geographical borders. We have entered entirely new non geographical points of location immediately upon the Russian attack on the Ukraine.

There were massive anti war protests in the Soviet Union. These were brutally crushed by Putin. When that happened, I cynically said Putin took a page out of Trudeau’s playbook. I point out this cynical or ironic statement in order to bolster what I want to describe as the main point of this podcast. Ordinarily, champions of democracy have to intervene whenever a weaker country suffers under aggressive attack by a superpower, such as Chinese aggression in Hong Kong, Chinese preparing for aggression against Taiwan, and in the South China Sea.

Now we witness Vladimir Putin’s attack on Ukraine. Until now, what would be needed in the face of rogue aggressive, military states that are willing to attack and occupy foreign nations and use military force to pursue ideological and expansionist intentions? World democracies would have to rally to confront, and, if necessary, even militarily to prevent continued aggression by a force seeking to militarily oppress a people; this was the nature of the Soviet Union. This was the nature of Communist China. People were oppressed in these countries, and have no freedoms.

What happened today however, is that presently there is no country on earth that has demonstrated commitment to democracy. The United States abandoned democratic principles, especially its present administration  abandoned commitment to democracy. The US has political prisoners. It has people being held in solitary confinement without charges. We have the Department of Justice identifying people with dissenting opinions as a domestic terrorists, people with political opinions in America are being hunted down as domestic terrorists. In Canada, one of the great democracies in the world. We just saw a brutal crackdown on peaceful protesters expressing political dissent. As we speak now both in America and Canada, people are being hunted down and destroyed economically. Bank accounts have been frozen, and emergency measures have been declared by the State. This means that countries that are supposed to represent democracy no longer can stand against the actions of a military aggressor like Vladimir Putin. It is because once free nations already abandoned commitment to their citizens and their constitutionally guaranteed rights. Neither the US, nor Canada, nor Austria, nor Germany, nor France, nor Australia, nor New Zealand. Every one of these countries, and their current administration’s turned against their own people, and abandoned and forfeited all democratic principles and the guarantees of human rights and human freedoms in their countries.

This is the  reason why, with this invasion of Ukraine by the Soviet Union, there is no moral force to stand effectively against these crimes. Those positioned to stand against Russian aggression and tyranny no longer are geographically located. These countries forcibly deny freedoms and rights just as Russia does in its invasion of a sovereign land. There are 10s of millions of Americans who believe in the ideals of democracy and individual freedom, responsibility, and the rights guaranteed by the Constitution. In Canada, there are millions of people who adhere to, and are committed to the ideals of the Canadian Charter, even with the cost of their lives, for one of the great democracies in history. Same in Australia, same in Austria, in Germany, in France and beyond.

Goodness no longer lies with the ability to claim that I am from a country with democratic freedoms. When are are from countries where political dissent is defined as domestic terrorism, we cannot say we are from democratically run countries. We are in lands run by tyrannical rule,  authoritarian rule. In Canada, in the United States, in France, in Germany, especially those countries with no second amendment rights. The people in power have armies, and they are turning their armies against their own citizens.

This means that the phrase “I am an American,” is not a statement of commitment to individual rights and freedoms. In America one either supports removing democratic rights (and this would include the media, universities, certain churches, big tech, corporate boards, entertainment industry, and more — those who support removing individual rights guaranteed in the First Amendment; freedom of assembly, freedom of speech, freedom of belief. Every individual in America who supports efforts by the present administration to remove God given guarantees of human freedom, and human rights, must be understood to be standing on the side of evil. It is no longer so simple to say, as we once did, “the Soviet Union is evil, or “Communist China is evil.”  Or Idi Amin of Uganda is evil. People who can be said to be supporting evil are those who  use the force, military power, and intelligence and surveillance to deprive human beings of their God given rights. And these supporters of tyranny are in power in America, Canada, Australia, and elsewhere.

This means that the era of national identity, and efforts to understand the locus of good and evil geographically is past. What areas are good are people who risk their lives and to stand for democratic principles, and human rights. What areas are bad are those who enact tyrannical and oppressive assault on democratic freedoms and rights. This includes major sectors of the United States, major sectors of Canada, and major sectors in every democracy in the world. They all exploited the COVID pandemic to deprive human beings of our God given rights and freedoms.

The point of this podcast is to note that we have entered a new era of history. We are in a global era. Not the globalism of the great reset being pursued by power elite globalists actively seeking to control the lives of all people. Rather, it is a reset that redefines the locale of good and evil. Those who can be called good are those who seek to protect and defend God given freedoms and God given human rights for all people. Those on the side of evil are no longer because they are located in some country or rogue nation like North Korea. No. The enemies of human life are now in every country. Every country has a part that functions like rogue states, exercising tyrannical, authoritarian rulership. They are supported by the institutions in their countries that sacrifice others for profit and power, institutions like the media, censorial  big tech,schools and education, and more.

The attack by Russia on Ukraine is the final straw in current affairs that reveals a re-defining and redefinition of life in the world. National geographies have fallen. They fell over the past two years in which every democratic country came under the suffocating control of a power elite. Now those violently denying human rights are not the Congo, not North Korea, but in places like the United States of America, and Canada where people were trampled under horses hooves for expressing a political opinion, and for demonstrating peacefully and prayerfully. This is the same as what is happening in the United States of America.

This is why we lack counties with the moral power to properly stand in condemnation of the Soviet Union. Every country has aggressed against innocent, civilian populations. Now, it is the time for people of godliness and of goodness to recognize one another internationally and define ourselves as either on the side of good or on the side of evil. Evil seeks to deny people God given freedoms and rights. Go ahead and identify such people. You can spot them. Turn on your TV. You can see which side people are advocating. Go on Twitter and see who’s being banned. Go to Australia to see who’s been dragged into internment camps over vaccinations. This is the situation we’re in today. And this is the option we have today. We do not have the luxury of claiming to be good because I am from a freedom loving America that pursues the ideal of generosity and global health. Why? Because half our country supports removing constitutionally guaranteed, God given rights and freedoms. This  is happening in every democracy in the world now. This is new,  something we have to ponder. This is a  to realigning and re establishing to which we must dedicate ourselves. Our courage and success offer hope to see a future world of peace and prosperity..

Thank you for listening.