By Nathaniel Rakich and Elena Mejía
From FiveThirtyEight
October 31, 2020

There’s a good chance we won’t know who won the presidential election on election night. More people than ever are voting by mail this year due to the pandemic, and mail ballots take longer to count than ballots cast at polling places. But because each state has its own rules for how votes are counted and reported, some will report results sooner than others. Those disparate rules may also make initial returns misleading: The margins in some states may shift toward Democrats as mail ballots (which are overwhelmingly cast by Democrats) are counted, while states that release mail ballots first may experience a shift toward Republicans as Election Day votes are tallied.

Here’s a general picture of how much of the vote we expect to be counted on election night in all 50 states and Washington, D.C. If you click on a given state, it’ll take you to a more detailed description of when to expect results and whether to expect a red or blue shift in the vote count. 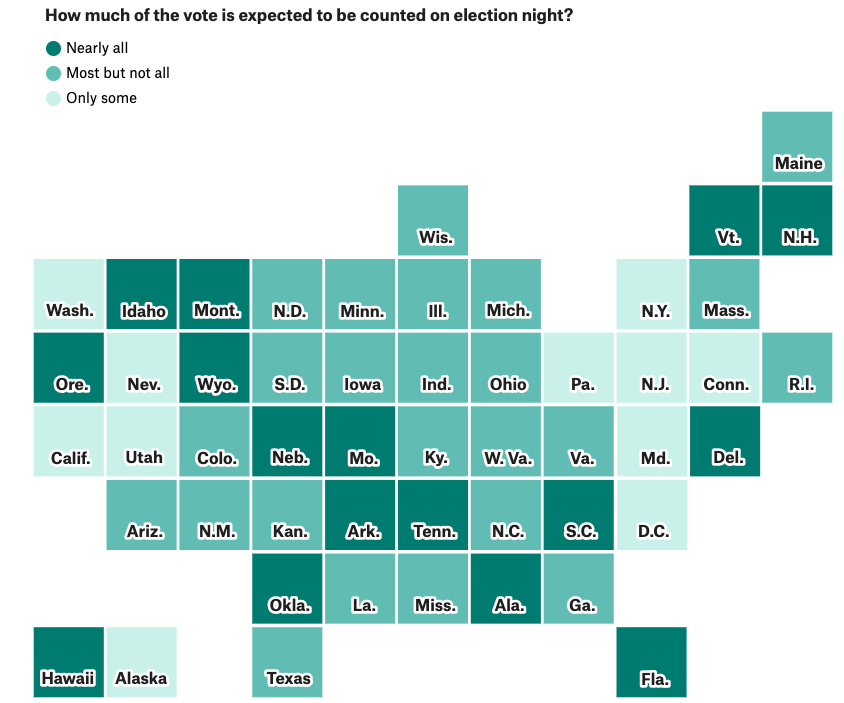