Kendi’s ideas were wrong long before he even was born. That’s not a crime. 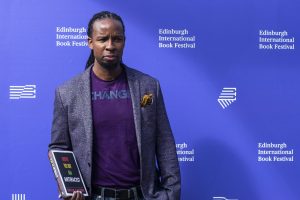 Kendi’s “anti-racist” agenda is a version of racial egalitarianism; justice is all about racial equality (or more insidiously now bloated out to be a call for “equity.”).

It’s Kendi’s good luck to be born in America, since despite being plain wrong,  Fairfax County Public Schools paid Kendi $20,000, or $333.33 per minute to be in a chat room with them for an hour. The Town of Barrington, R.I., hosted a one-hour video call with Kendi, which cost them $15,000 for the one-hour video call, or $250 per minute.

One would think that being a Harvard Professor, and being able to charge school boards $20,000 an hour to be on a zoom call, might require espousing ideas that have not been established as wrong long before being born. But Ibrahim X. Kendi somehow has found a way around this. And on top of this, did so in the worst county in human history to boot. Admirable.

In what way are Kendi’s ideas wrong?  They are wrong because they fail in the very most basic and long-established errors of good old fashioned egalitarianism (and now even more deceitfully “equity”).

The full Persuasion article is here, and here:

It’s a bad idea to redefine the word to refer to anything that doesn’t reduce racial disparities.

In the last several years, Ibram X. Kendi has become one of the go-to authorities on topics of race and racism. Kendi’s central idea is a new definition of the word “racist.” According to Kendi’s definition, anything that increases or perpetuates racial inequality is “racist,” and anything which lessens racial inequality is “anti-racist.” There is no neutral third alternative; nothing can simply be “not racist.” And of course, it is better to be anti-racist than racist; thus, justice requires us to eliminate racial disparities. Kendi has (in)famously proposed a constitutional amendment that would create a “Department of Anti-racism” which would be “responsible for preclearing all local, state and federal public policies to ensure they won’t yield racial inequity.”

I don’t want to take issue with Kendi’s definition of the term “racist.” Language is malleable; it’s perfectly fine to redefine words to serve new purposes, and there’s nothing intrinsically wrong with using the word “racist” in Kendi’s sense. The problem with Kendi’s views lies in the implicit suggestion that anything and everything that is “racist” in his sense is unjust.

The basic problem for egalitarianism is that equality can conflict with other political goals or values. According to strict (or what Jonathan Haidt might call monomaniacal) egalitarians, in such a conflict our other goals must always be sacrificed to the goal of equality. But that has some incredibly counter-intuitive implications, particularly in cases where equality conflicts with the political value of liberty.

The conflict between liberty and equality is best demonstrated by a thought experiment proposed by political philosopher Robert Nozick. Here’s a slightly modified version of it: Imagine a society where wealth is equally distributed; let’s say that everyone has exactly $100,000. In this society, LeBron James decides that he wants to play a game of basketball and to charge $10 to anyone who wants to watch him play. Most people don’t take him up on the offer, but for 10,000 people, that sounds like a good deal. So they pay $10, watch the game, and go home happy. At the end of the night, most people still have their $100,000. But LeBron has $200,000, and his fans have $99,990.

If we insist that exact equality is the be-all and end-all of justice, Lebron’s deal would not be allowed because it destroys the state of perfect equality. Nozick, however, makes the case that this state of affairs is not unjust because, even though the perfect state of equality has been broken, everyone involved freely agreed to the new distribution of wealth.

Nozick’s point is that people can freely act in ways that make us less equal—almost anything we do might have inegalitarian downstream consequences. If equality is all that matters, then our freedoms must be sharply curtailed to ensure that nothing we do leads to less equality.

The leveling down objection is pointedly illustrated by Kurt Vonnegut’s short story, “Harrison Bergeron,” which imagines a dystopian future in which equality is strictly enforced. This enforcement takes the form of “handicaps” which hobble those with exceptional talents or attributes—masks for the beautiful, weights for the strong and graceful, radio headsets to constantly interrupt the thoughts of the intelligent. To ensure that no one has any advantage over anyone else, the whole society is forced to be stupid, ugly, and clumsy.

“Harrison Bergeron” is an extreme example, of course. We don’t really face a choice between a society where everyone is unequal but well off and a society where everyone is equally hobbled and immiserated. But that doesn’t mean we never face a choice between equally bad and unequally good. Such choices are more common than they might seem. The world contains more than its share of inequality, and it is usually easier to address that inequality by bringing the top down than the bottom up.

None of this is to suggest that racial equality is unimportant or that it must always take a back seat to other values. The point, again, is that a pragmatic pluralism will involve tradeoffs. Sometimes the best policy will be one that accepts the persistence of some socio-economic disparities between demographic groups if that is the only way to maintain other vital political values.

One might object that all of this is obvious, that no one is denying the inevitability of these kinds of tradeoffs, and that my argument here is just knocking down a straw man. Perhaps this is so. I certainly think that I’m outlining a common-sense view which only a handful of radical activists would deny. But Kendi rarely discusses moral and ethical tradeoffs, preferring to describe and recommend and let his readers fill in the underlying moral principles by implication. And a direct implication of my argument is that justice might sometimes require us to pursue actions or policies which tolerate the persistence of racial inequalities because they are necessary to maintain other key political values.

Ibram X. Kendi is free to adopt a definition of the term “racist” that categorizes those actions or policies with the label of “racism.” For myself, I’ll stick with the old definition. I’d prefer to avoid language that confuses rather than clarifies our political debates, and a definition of racism that sees the pursuit of justice as necessarily racist will do just that.

Matt Lutz is an Associate Professor of Philosophy at Wuhan University.