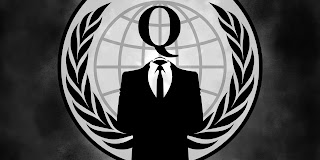 As integrated enemies of America work to destroy the Constitution and the God given rights of citizens, leaders (such as clergy) look for sources to awaken and educate our members. Some align with anonymous groups. This podcast beseeches the listener (especially clergy) to beware. Enemies of America coopt anonymous groups to plant false flags and then move to close down churches and synagogues

My dear and respected members of the clergy, freedom loving American citizens, I have a brief word to bring in front of you, as we share our concern to retain freedoms guaranteed not just in the Bill of Rights, but identified as given by God.

All of us concerned with the current direction in our country, understand and recognize that there is a slow, not slow anyone, systemic pursuit of tyranny over the American people, depriving us of our God given rights. This is being systematically perpetrated by what one might call the Cabal. What I mean by this without wanting to be derogatory, is elected officials in government, government institutions, such as the DOJ, the FBI, and other intelligence gathering organizations, especially such recently developed organizations with a bad track record of spying on Americans, and curtailing American freedoms, such as Homeland Security, big corporations, universities, big tech, and most especially popular established media. There seems to be a sophisticated, well integrated, singular voice that perpetrates a number of narratives that clearly are designed to move the average well meaning, perhaps not particularly closely attentive citizen, toward buying into accounts of our national circumstances that ultimately are designed to strip Americans from our freedoms, from our power from our God given rights, and ultimately establish a circumstance in which we are living under what could become one of the most worst tyranny ever established, on the par with fascist and communist governments of the worst order.

If you’re in the clergy, a Rabbi, an Imam, a Christian minister, we have a special responsibility to take care of our people. The first amendment, one of the very most important things in our country, if not most important. It is the first right ever mentioned in the Constitution. Congress shall make no law respecting the establishment of religion, the right to free worship and free practice of religion. If you are a Rabbi or a Christian minister, an Imam, even a Hindu, it  doesn’t matter. You are taking care of people and taking care of their rights as Americans. One of the most horrible things we witnessed, is we were collectively attacked not just by government regulation, but by the incessant drumbeat from the media, by the illegal and unconstitutional manipulation of the tech is the use of the COVID scare, to prevent people from freedom of worship. Americans can’t gather in your synagogue, the police will kick the door down. Where was the last time you saw the police kicking the doors down of synagogues. But this was done under the guise of Covid. If you have tyrannical purposes and tyrannical intent, the first thing you have to attack is religion, because religious conscience demands to be free and will never surrender to state level or cultural level tyranny (like what has infiltrated higher education. The religious conscience does not bend the knee to tyranny. So this came under the COVID scare and other manipulation of circumstances in the United States that was used to prevent Americans from gathering to worship, to pray, to sing, to recite our scriptures. In that same amendment. The very first amendment in the Bill of Rights is the right to gather, the right to peaceably assemble. That is closely interrelated with our religious rights, freedom of worship. And, of course, we have to assemble in order to be a fellowship in order to be a community of the chosen of the sacred in order to present ourselves before Yahweh, way the living God of our covenant.

Because we’re under a focused attack to remove our God given rights, there has great temptation on the part of enlightened clergy and freedom loving clergy to align ourselves with various spokespeople who speak eloquently and who are able to identify duplicitous schemes and false narratives.

One type of group that does that are the many anonymous groups. The most famous one is Q Anon. These are people who speak as a collective, no particular individual is identified with that collective. They describe secret activity by major players like tech, government, media, higher education figures.

What I want to ask is, please, by all means, pick identifiable spokespeople to work with, or to cite or reference. Do not, please align with or cite or work with anonymous groups. The reason I recommend and ask this is that with anonymous groups, half of them are created by the very enemy that is trying to destroy you. Those pursuing state control, and cultural control, invent these groups, and put out narratives that make its people who identify with it, as villains of the state as dangerous to the state to be closed down for inciting violence, or for inciting illegal advocacy. These are called false flags. False flags are simply disguising the actual source or pinning blame on the other from the opposite party. You may be doing that for the sake of trying to protect your people, their freedom of worship and freedom to gather peaceably. You may be citing or working with or identifying with an anonymous group, but then your very enemy, who pursues tyrannical control, exploit the existence of these groups to wipe you out, they need to wipe your congregations out, they need to destroy the religious conscience, they need to crack down on religion.

That has always been the case in every form of fascism, most especially Communism. They hate religion, because they can’t control religious belief. There is nothing better for them than to have you advocate positions identified with an anonymous source like Q Anon. I am not saying anything true or false about Q Anon. I am just saying pick people who can be identified. Then if somebody says you’re a danger to the community, you can say show me who said what, and I’ll tell you if I agree or disagree with the individual who you’re trying to create and paint me with guilt by association. If we align with anonymous groups, we’re sitting ducks. We’re perfectly ready for false flags and for the enemy to create wild and violent narratives. Then our congregations will be stuck as identifying with those anonymous groups. And we have become victims of some of the most sophisticated of turning the tables against our efforts to do good in the world, and to protect the believers who trust in our leadership.

Thanks a lot for listening. I’ll speak to you again soon.